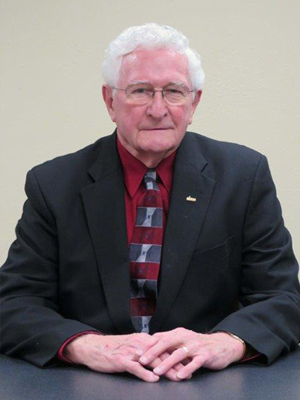 Milt served as an At-Large Councilperson on the City Council from January 1, 1970 to September 18, 1974. He was elected Mayor on September 19, 1974 and has been elected to 13 terms as Mayor since that date. His current term expires in 2021. Having served over 47 years, Milt has had the privilege of participating in many City projects. He lists the development of the Industrial Park, Street Improvement Projects, the development of the Parks & Recreation program, development of the City’s compost site, various library and parks improvements and the on-going development of an excellent Police and Fire Department as most memorable.

Milt grew up and attended school in Elkader, Iowa. He graduated from Luther College in 1959, taught at Fayette High School for 4 years, moved to Manchester in 1963 and taught in the West Delaware system for 34 years (1963-1997). Milt has been married to Joanne for over 50 years; they have two daughters and seven grandchildren.

Milt taught in the education field for over 34 years, and has been retired from teaching since 1997. He was also has been employed part-time for the last 20 years with Murdoch Funeral Homes.