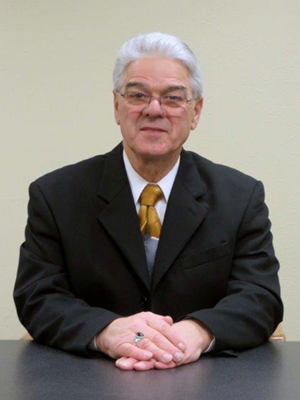 Dean has been active in City government since 1987. Dean served on the Manchester City Council as a 1st Ward Councilperson from 1987 – 1995 and was voted in again in November 2008. His current term expires in 2019. Dean lists two of the greatest Council achievements he has been a part of as developing the Multi-Year Street Plan Downtown Revitalization Project and creation of the Whitewater Park.

Dean was raised on a dairy farm north of Edgewood, Iowa. He has been married to Jackie since 1967; they have three children and 13 grandchildren.

Dean began his working career at Warren Corporation as a pattern maker apprentice in Manchester. Following graduation from high school, he served 4 years in the United States Navy as an aviation structural mechanic. Upon returning to Manchester, Dean took a job with the United States Postal Service as a City letter carrier and retired in 2002 after 32 years of service.

Dean has been committed to the City of Manchester for several years. He and his wife own “Sherman’s Pumpkin Farm” and are active members of the United Methodist Church. Before serving as a Councilperson, Dean also served as a commissioner on the City’s Parks & Recreation Board.