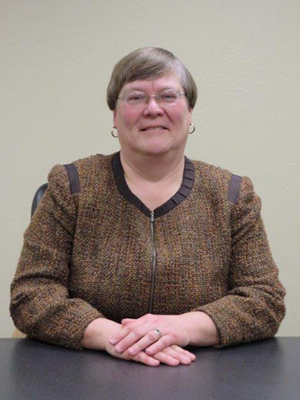 Mary Ann was elected on November 5, 2013 to serve as the Councilperson for the second ward. Although she has been an active volunteer for many years this is her first term as an elected official. She is excited to work for the people of Manchester to help make the city a safe, comfortable and progressive community. Her current term expires in 2021.

Mary Ann grew up in Anamosa where she graduated from Anamosa Community Schools in 1969. She then attended the University of Northern Iowa where she received her B.A. in 1973 and her Master’s Degree in 1990. Mary Ann has been married to her husband, Ed, since 1977.

Mary Ann, along with her husband, Ed, helped to found the Delaware County Master Gardeners and acted as coordinators of that group for its first 19 years. Through that organization she co-chairs the Tirrill Park gardens, their Mondays in March series, and also works at the Fairgrounds and various other public areas throughout the county, works with Growing in the Garden at the Good Neighbor Home, The Meadows and Lunch and Learn. She is also on the Community Promotion Board, the County’s Imminent Domain Board, served 3 years as the co-chair of the Good to Great Beautification Committee and still remains a member, is active with the Manchester Pride Committee and works with Operation Santa Claus. She is a member of Tree Keepers, a branch of Trees Forever and with her husband, Ed, has established a memory walkway of trees along the walking paths of Manchester. One of the things she and Ed are most proud of is being presented with the First Citizen Award for the city in 2009.