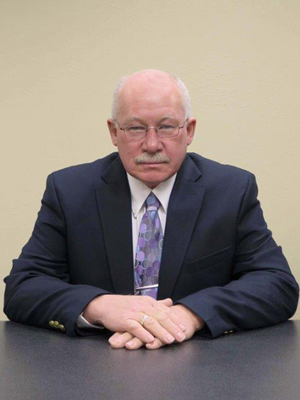 Ron was recently elected to his 4th term as Councilperson At-Large. His current term expires in 2021. He has served as a councilperson since 2002. Since that time, Ron includes among his greatest honors, serving as a member of the City’s Water/Waste Water Committee. He notes it has been an honor to be on board from the start to completion of the $7,500,000 Waste Water Plant renovation. Ron is also proud of the work the City has done in being proactive in supplying quality, safe water to residents. This includes the new treatment system at the North Well, the Industrial Park Well, and the combined Baum Park-Williams Street treatment system.

Ron was born and raised on a 120-acre farm in Iowa County. He and his wife, Deann celebrated their 40th anniversary in November 2010. Ron and Deann have 3 children and 8 grandchildren. The Struble’s have lived in Manchester since 1973.

Ron’s first job was for Clay Equipment in Cedar Falls, Iowa. Following graduation from the University of Northern Iowa in 1967, Ron taught Industrial Education at West Delaware County Community School District until his retirement in 2000. After 27 years, Ron took a position as the West Delaware Director of Building, Grounds and Transportation until 2005. Ron and his wife, Deann, also own and operate Orchard Lane Court, a land/lease community for manufactured housing. Ron received his Master of Arts degree (Industrial Arts, Teaching) in 1986.

In addition to his involvement within the West Delaware School District, Ron proudly served in the Iowa National Guard for over 24 years, retiring from the Iowa Guard in 2004. Ron’s other civic involvements include American Legion Commander, American Legion Boys State Chairman, and Vice Commander of Manchester’s Veteran’s of Foreign Wars.